After installing Update Manager (I installed mine on separate Windows box for lab).

Go to download sources. I’m leaving it as default for lab.

I could of used the built-in baselines but I decided to just create one for this lab. 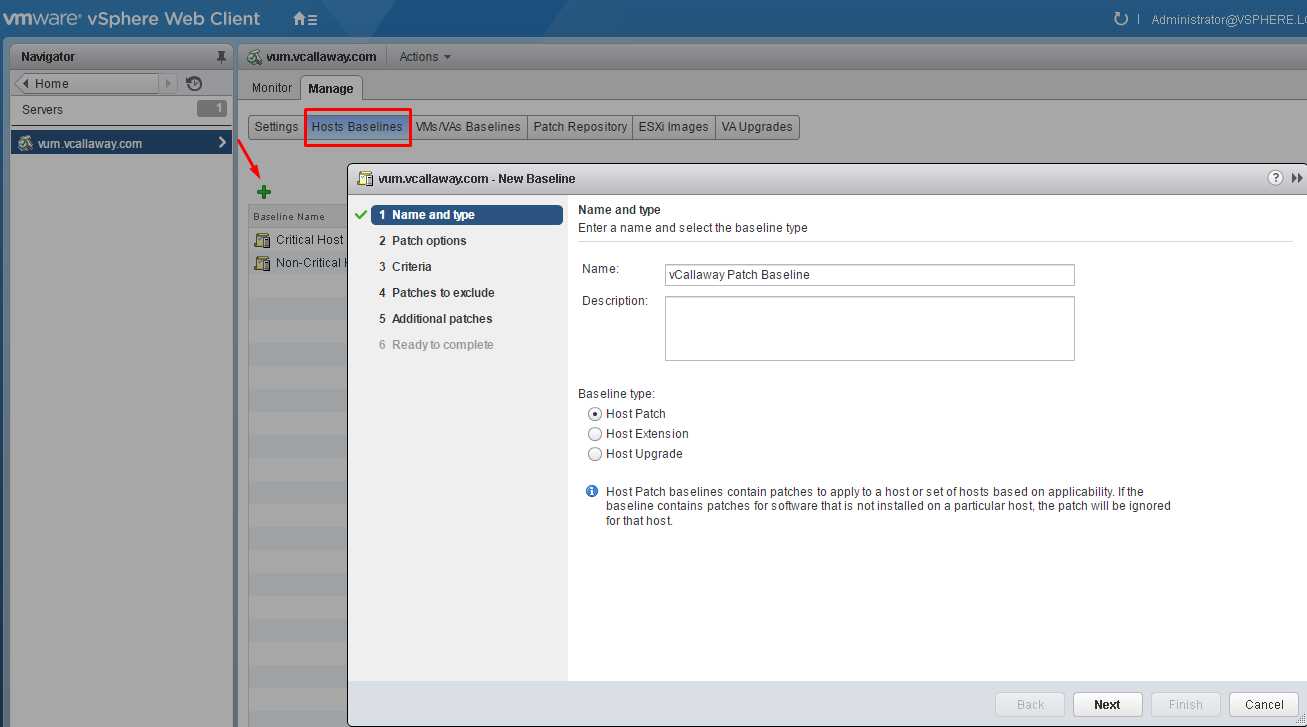 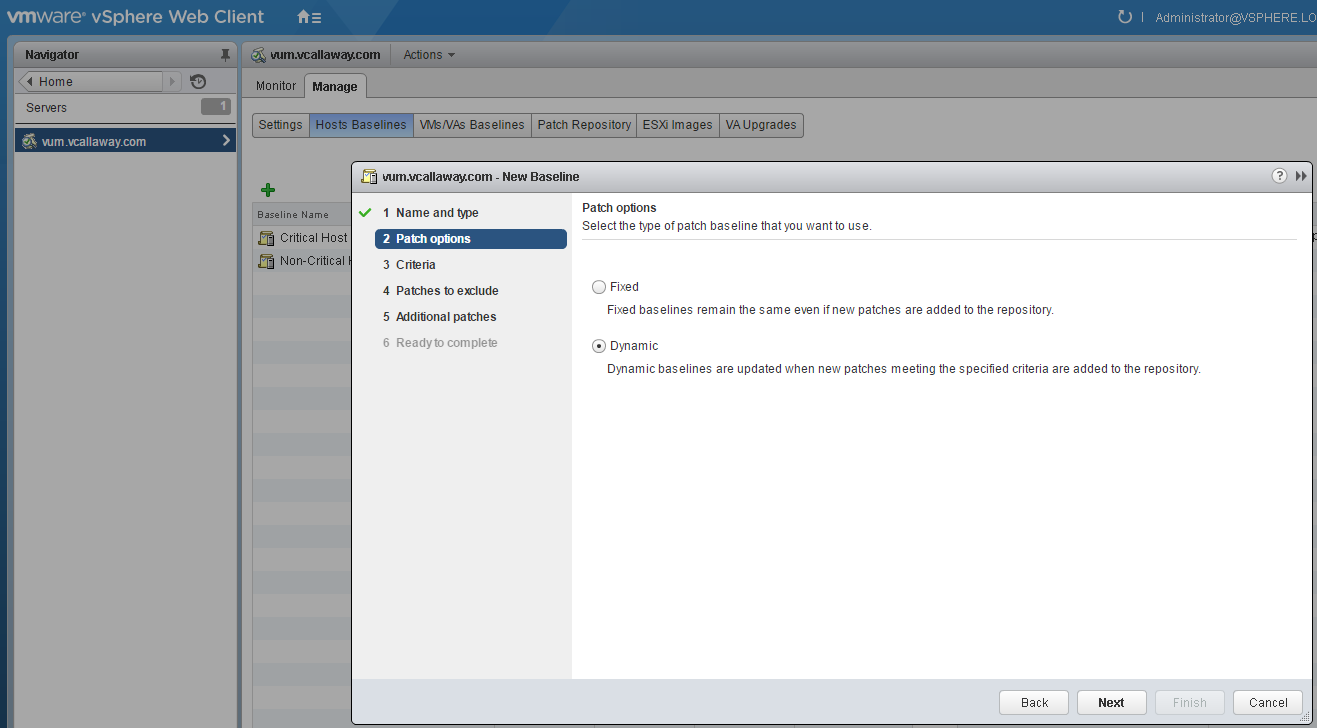 I chose to do all from just my version. 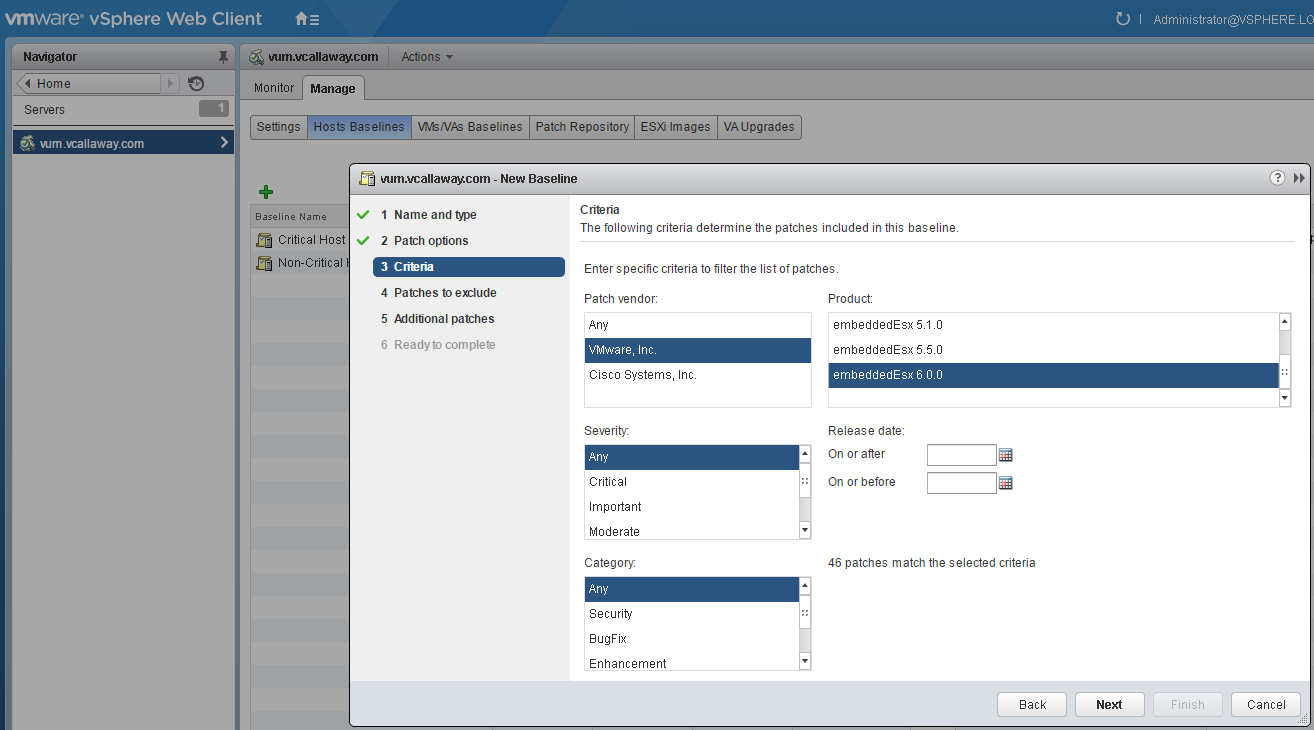 I left the next 2 options as default. 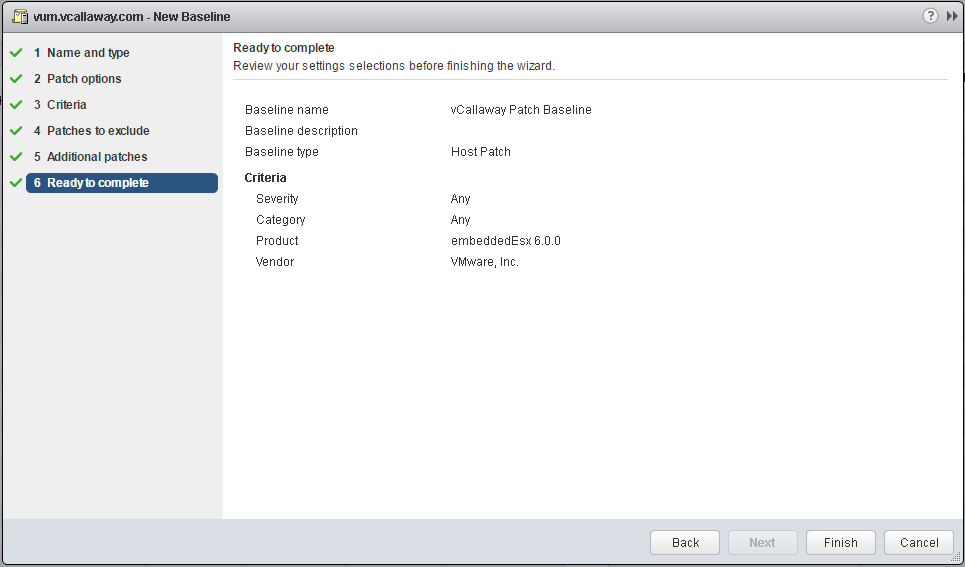 Just for the sake of doing this lab I’m going to use the predefined baselines. 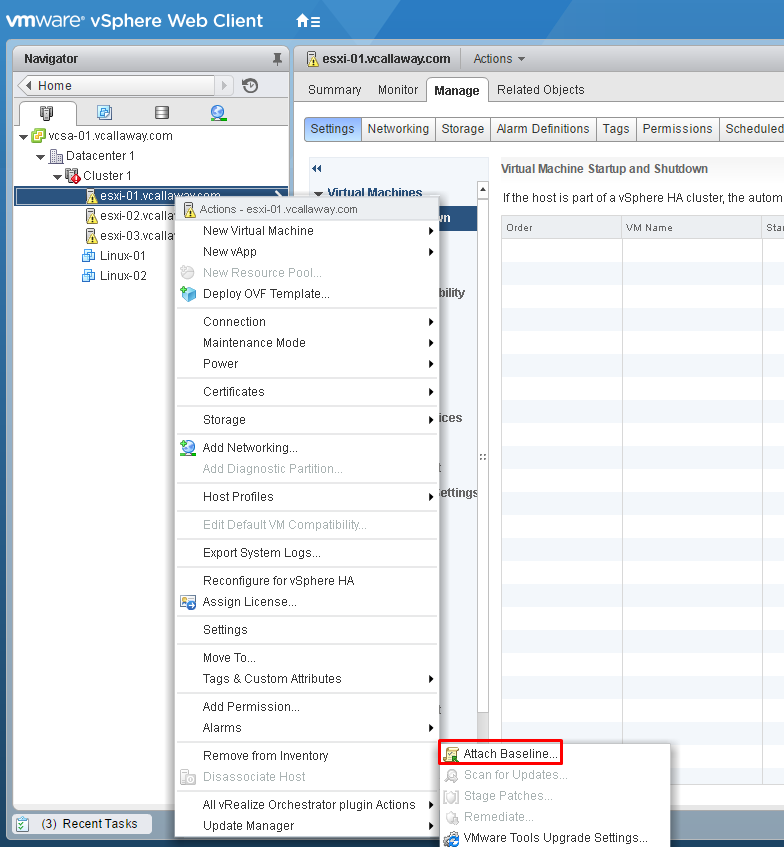 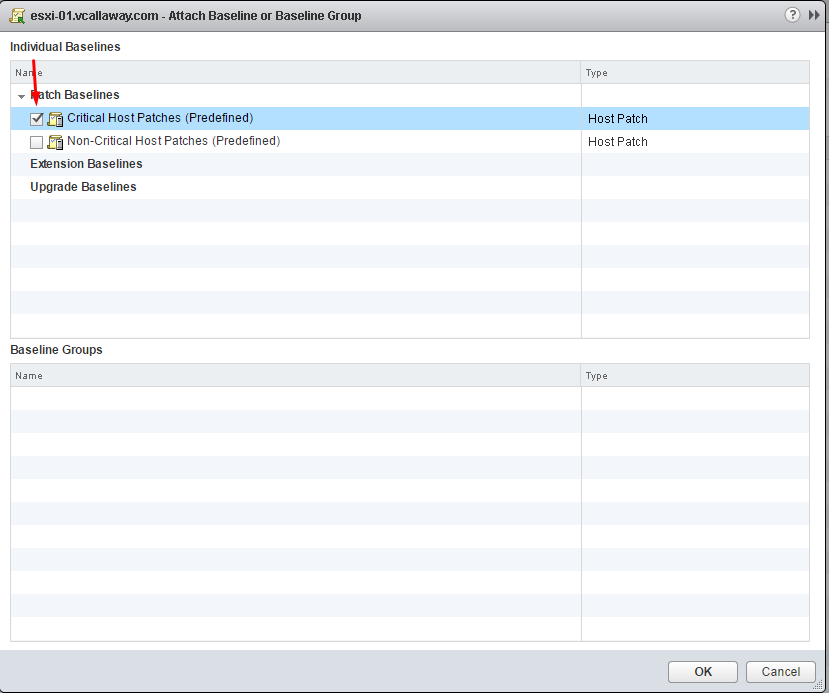 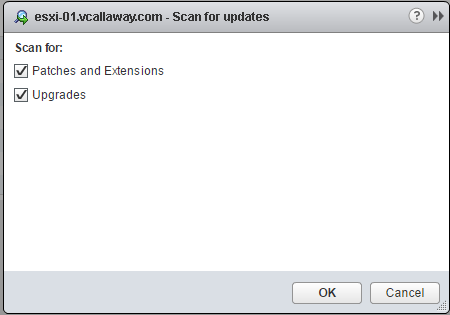 My host is non-compliant. I’ll have to fix that shortly. 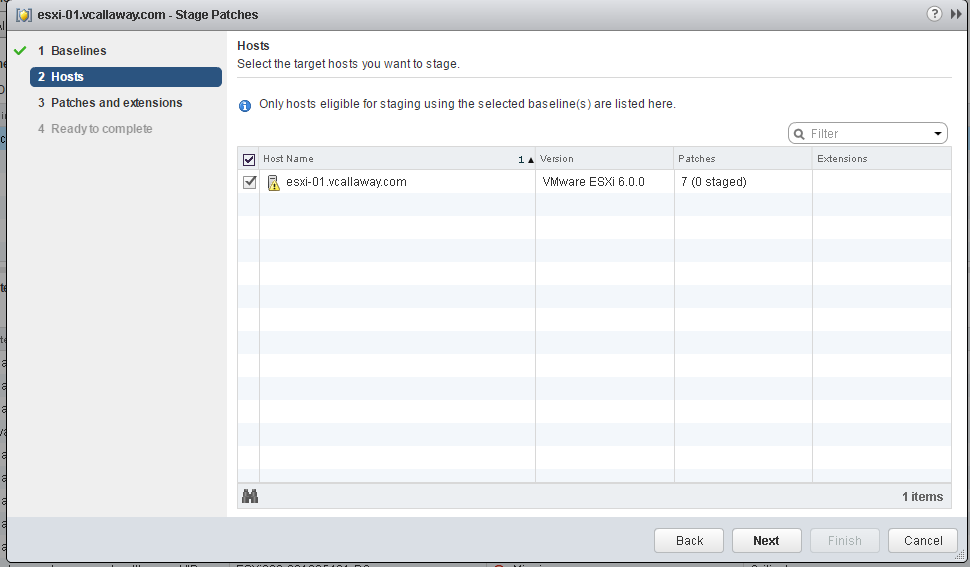 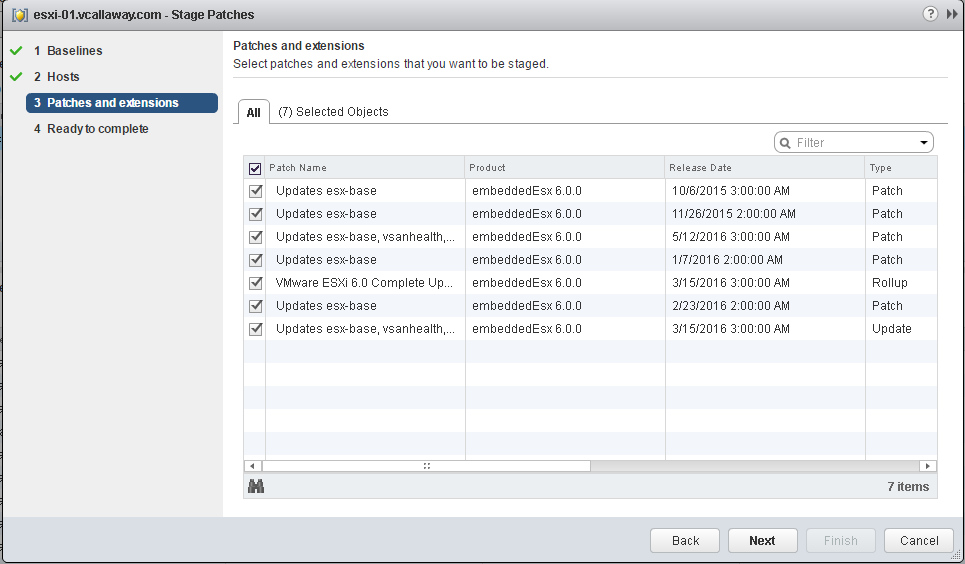 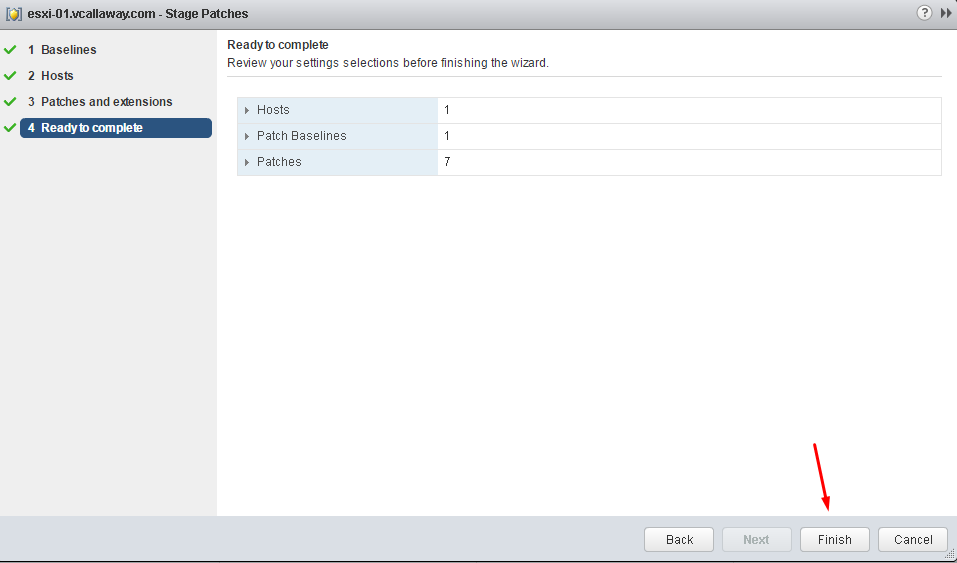 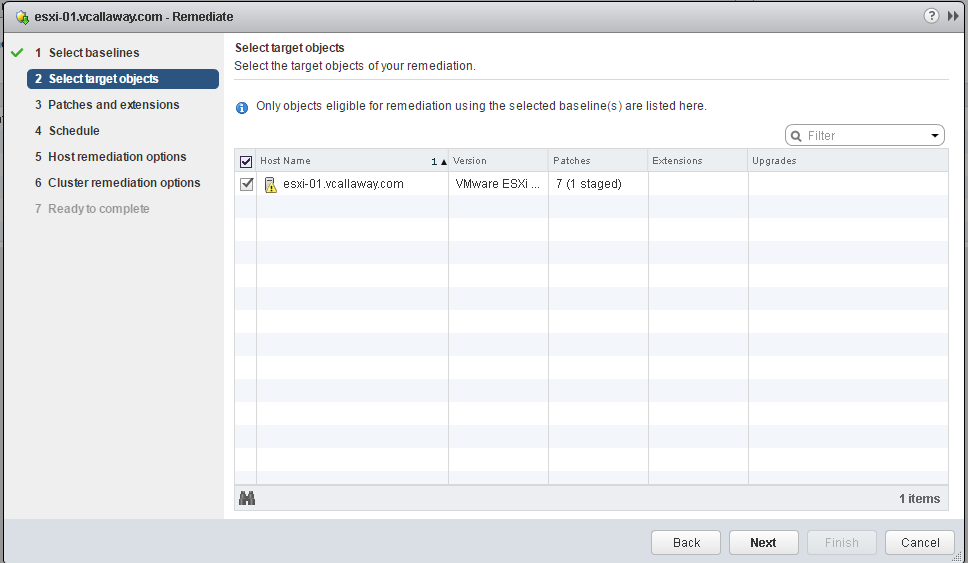 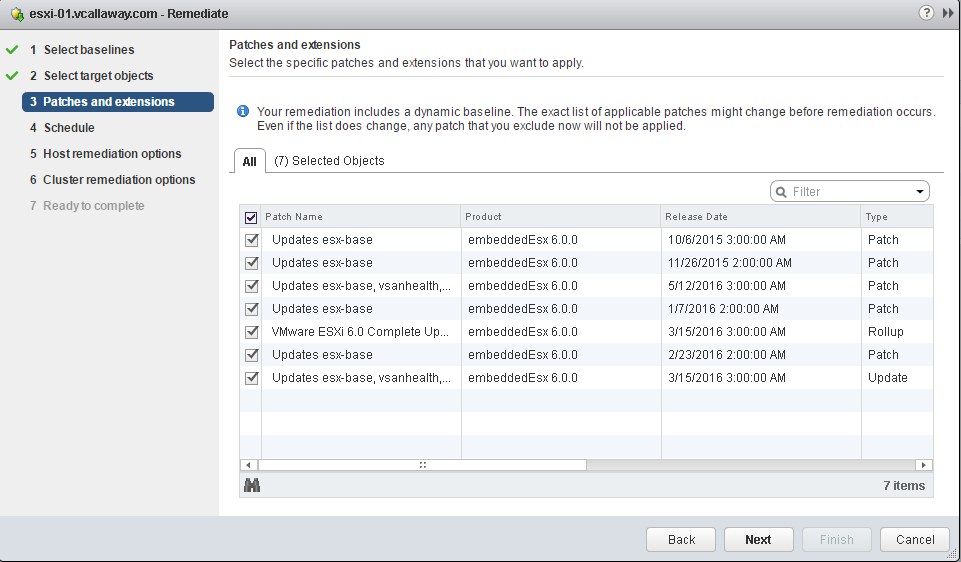 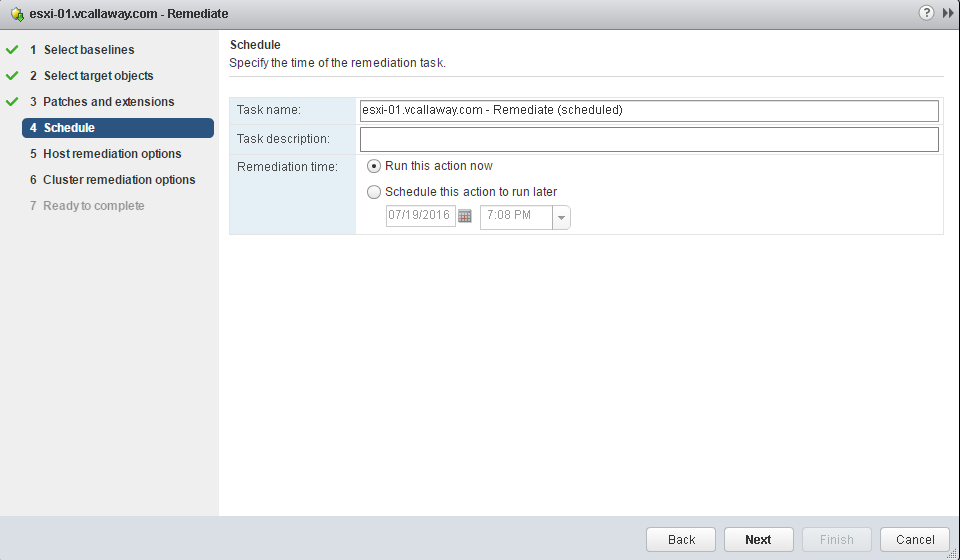 For this lab I just left the next 2 options as default.

Once remediated, the host object should be compliant. 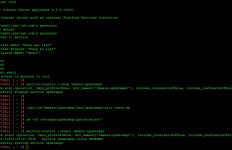 Update Manager: Permission to Perform this Operation was DENIED→ 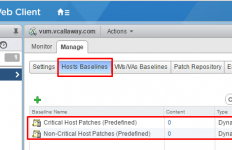 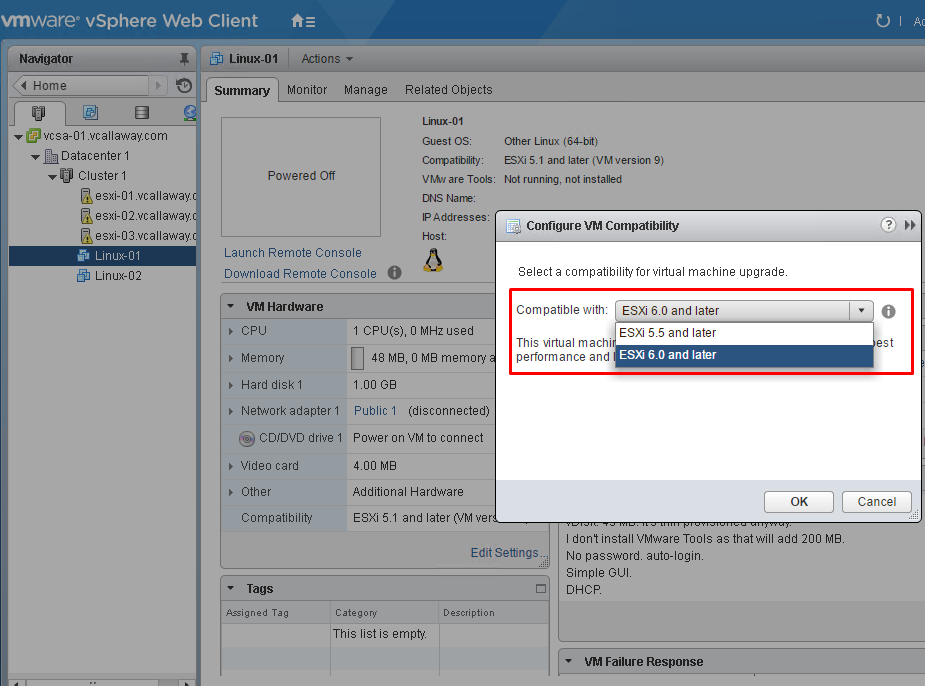