Not exactly what they’re wanting here other than to be aware of where to find the computer metrics on performance and utilization. 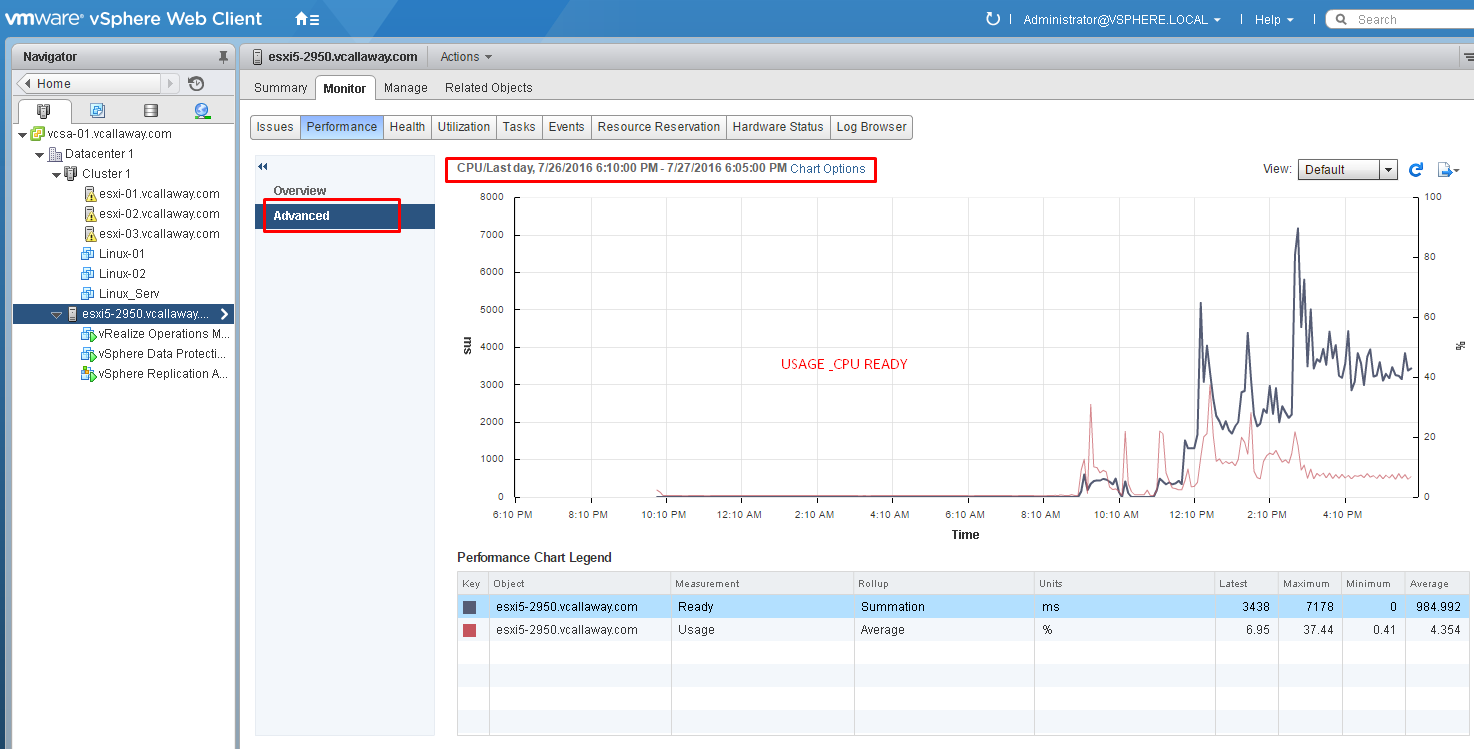 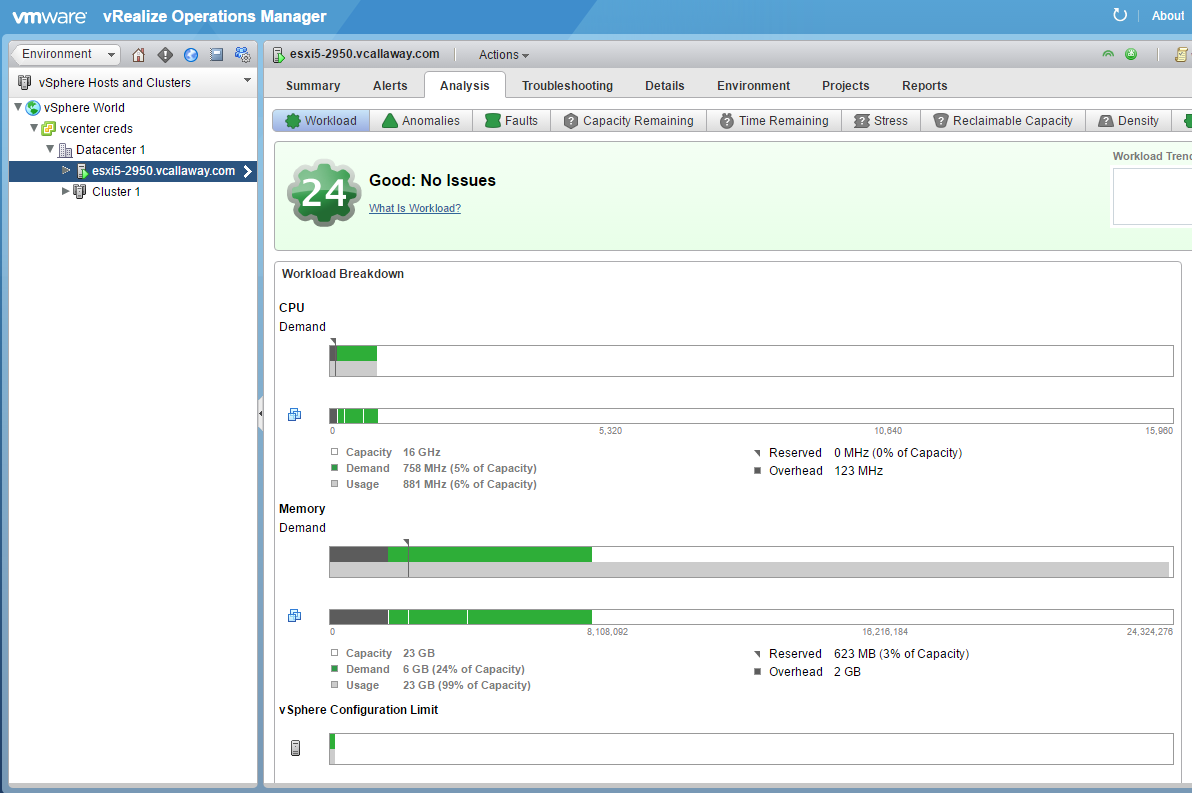 Overview is what I like to think of as the 10,000 foot view. Overview/high level of the different compute, network, storage metrics that make up a host, VM, etc…

Advanced is what you’d use to be able to look at historical data, drill down into specific metrics per resource, VM, host, etc…

To view performance data via ESXTOP, we’ll need to SSH (using putty) into one of our hosts.

Once logged in, issue the command ‘esxtop’, press enter. See below. 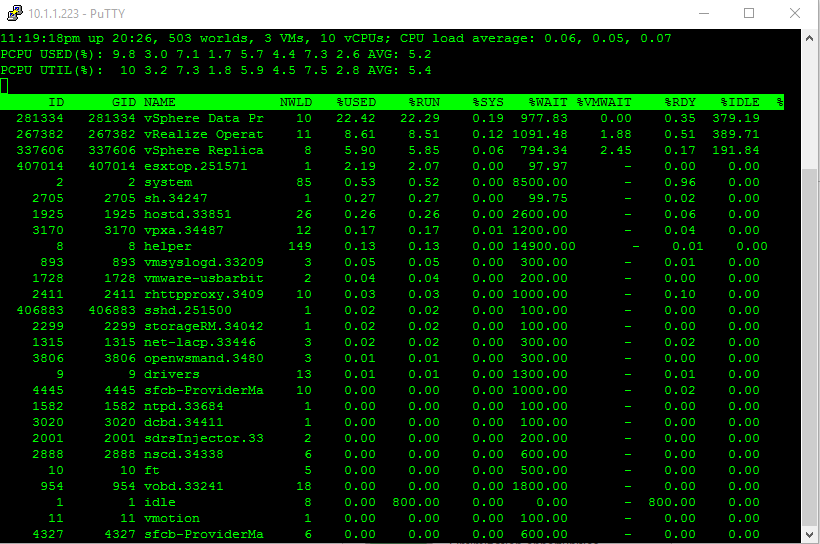 This is great, but what do we do with all this data?

Let’s start by cleaning it up and organizing it based on what we want to see.

Lets see CPU statistics for my VM’s. Input a ‘c’ (no quotes).

How about memory statistics for my VM’s. Input a ‘m’ (no quotes).

So what does it all mean? I’ll provide the basics but there are some really good resources online that I’ll link to to explain more in depth than what I’ll do for this lab.

%WAIT – Waiting time for CPU resources, including I/O wait, idle wait, others (High could mean nothing, because wait includes wait.

%RDY – Percentage of time a group was ready to run, but was not provided CPU resources. (High RDY can mean a deliberate resource constraint is preventing access to the CPU.

SWW/s – Rate at which memory is being swapped OUT to disk (high – indicate memory resource contention, either out of ram or deliberate resource constraint (limit/reservations).

Here is a great chart that tells you everything you need to know about using ESXTOP. 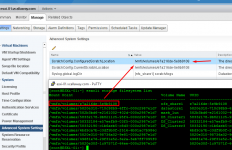 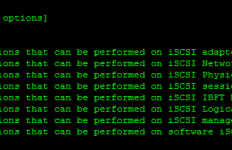 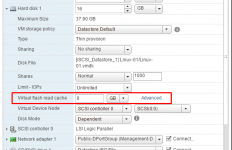 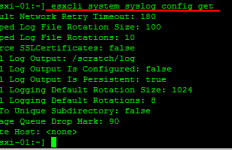