Determine Use Case for Stateless vs. Stateful Installs

Stateless – You can cache the image on a local disk, a remote disk, or a USB drive. Continue provisioning host with Auto Deploy. However if the Auto Deploy server becomes unavailable, for example because hundreds of hosts attempt to access it simultaneously, the host boots from the cache. The host attempts to reach the Auto Deploy server after the boot operation to complete configuration.

Stateful –  When you provision a host with a Stateful Install with Auto Deploy, the image is installed on the local disk, a remote disk, or a USB drive. For subsequent boots, you boot from the disk. The host no longer uses Auto Deploy.

The stateful installs feature lets you provision hosts with the image profile over the network without having to set up the PXE boot infrastructure.

You specify the behavior of the Auto Deploy server by using a set of rules written in PowerCLI. The Auto Deploy rules engine checks the rule set for matching host patterns to decide which items (image profile, host profile, or vCenter Server location) to provision each host with.
The rules engine maps software and configuration settings to hosts based on the attributes of the host.

For example, you can deploy image profiles or host profiles to two clusters of hosts by writing two rules, each matching on the network address of one cluster.
For hosts that have not yet been added to a vCenter Server system, the Auto Deploy server checks with the rules engine before serving image profiles, host profiles, and inventory location information to hosts.

For hosts that are managed by a vCenter Server system, the image profile, host profile, and inventory location that vCenter Server has stored in the host object is used. If you make changes to rules, you can use Auto Deploy PowerCLI cmdlets to test and repair rule compliance. When you repair rule compliance for a host, that host’s image profile and host profile assignments are updated.
The rules engine includes rules and rule sets.

Working Rule Set – The working rule set allows you to test changes to rules before making the changes active. For example, you can use Auto Deploy PowerCLI cmdlets for testing compliance with the working rule set. 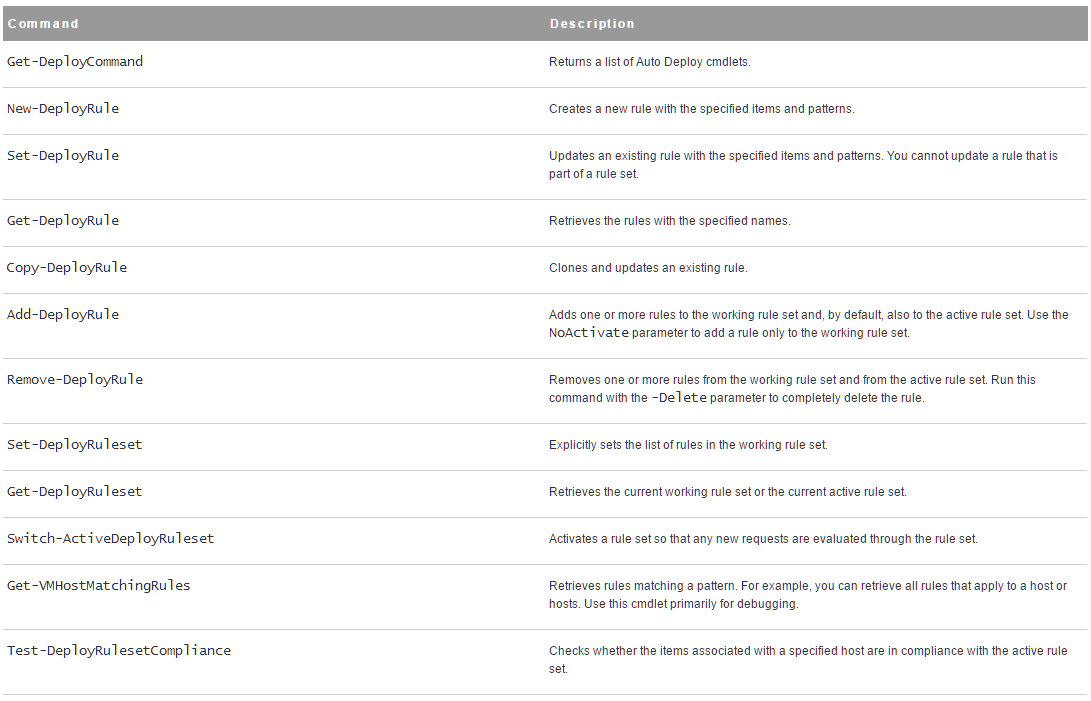 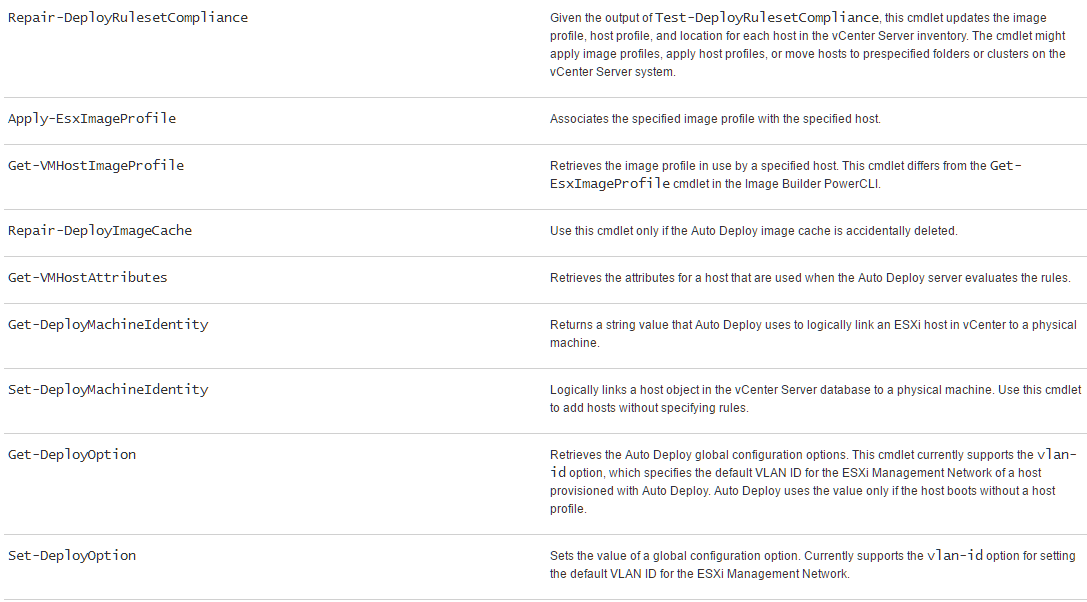 Steps we need to take first:

**Note, I’ve already done some of this in the VCP Study/Lab Guide. See reference, HERE.

[insert how to do the above]

Once all that is completed, we will need to finish the rest using VMware PowerCLI.